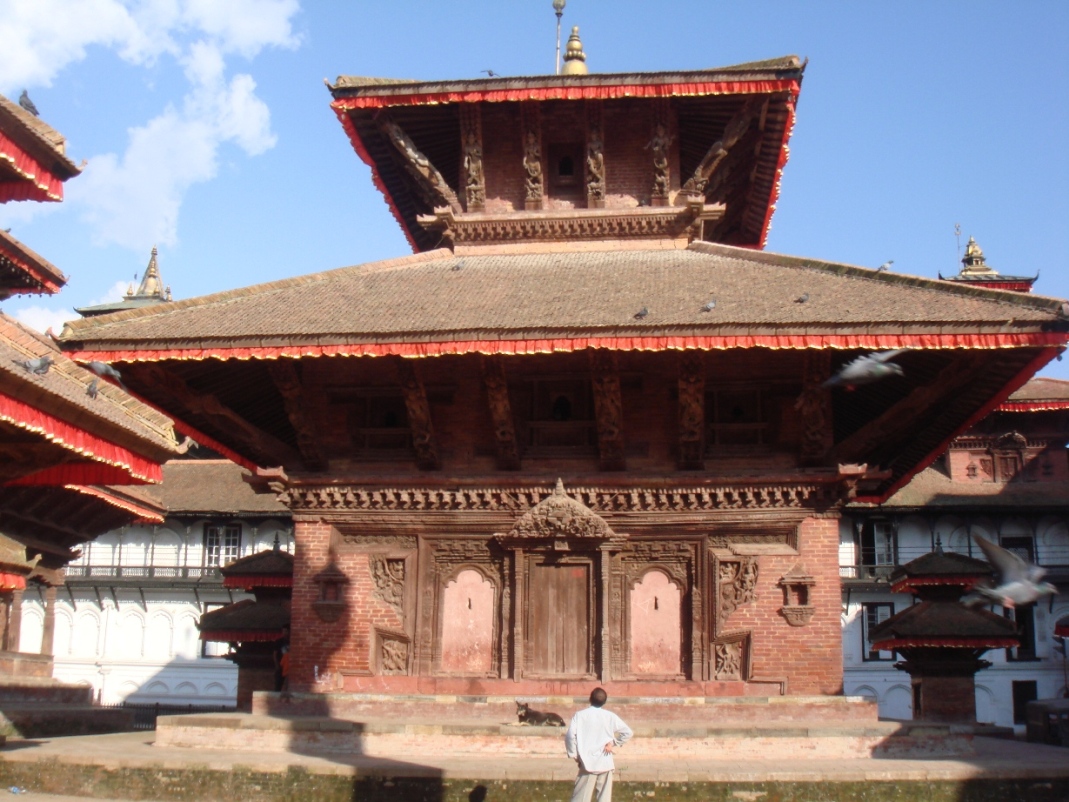 After seeing her shrine everyday from my hotel room window; after reading about her in the newspaper on the morning when Nepal’s besieged King Gyanendra should have been receiving her tika blessing to extend his rule – I decided to go to the Dubar Square in the old town of Kathmandu to see her for myself and for real.

If you read my last Sunday’s ‘Going Places’, you will know that the Kumari is a living goddess. In Nepal, it seems, there is no single or simple answer to any question to do with historical events. Last week I told you one story about the origin of the Kumari. There are a few more. Another is that some centuries ago a paedophiliac Malla king had sex with a pre-pubescent girl. The girl died. And as a self-inflicted punishment he started the practice of venerating a young virgin as a goddess.

Whatever the origins, the Kumari is chosen from a particular caste of Newari goldsmiths. She must be about four years old. She has to possess enough of 32 special characteristics, including the colour of her eyes, the shape of her teeth and the sound of her voice.

When chosen, the little girl moves with her family into the Kumari Bahal house in Durbar Square. There, her reign lasts until her first period. During all that time, her feet are not supposed to touch the ground. Only five times she leaves the house for special ceremonies. The most important is the Indra Jatra Festival, when she is driven around the town on a temple chariot decorated with blossoms.

This is the time each year when she is supposed to bless the King – and it was the ceremony the King missed out on this year, when the current interim government is on the brink of declaring Nepal a republic. (Unless, that is, the King saw the Kumari in secret. Typical of Nepal, some people say he did; some say he didn’t.)

Anyway, on Sunday – which, in Nepal is a working day since Saturday is their Sunday, if you see what I mean – I took a taxi to Durbar Square. It was just before four o’clock in the afternoon, because I knew that was the time that the Kumari shows herself at an upstairs window of the Kumari Bahal.

So I joined the small crowd of tourists tightly packed in the inner courtyard of the house. A number of them had their cameras at the ready.

‘No cameras, please,’ a guide said. ‘It is not allowed to photograph the Kumari.’

By my watch one minute after four o’clock, a Nepalese youth in tight jeans, sunglasses and slack black hair, looked up at the window and let out a wolf-whistle. Not the sort of thing you do to a goddess.

He looked up, cupped his hands to his mouth and said something softly in Nepali. After a couple of minutes, the Kumari appeared at the window. She was wearing a simple dress – no regalia. She didn’t smile or raise her hand. She glanced down at the people in the square, turned her head sharply left to right – and she was gone.

‘Donations for the Kumari,’ the guide said, tapping a large box in the middle of the square. ‘Put your donations here, please!’

At the door, on the way out, women were selling Kumari photographs for twenty rupees each.

It was all, I have to say, rather commercial and tawdry – and not at all what you would expect of a living goddess.

But the Durbar Square, the heart of centuries’ old Kathmandu, must be one of the world’s most amazing places. The royal palace of the Malla kings is there – the Hanuman Dhoka that dates back to the 17th century. And there is a bewildering assortment of pagoda-style temples. – bewildering, that is, unless you have more than a whole day to work them out.

But after only a few weeks in Nepal you are unlikely to be surprised by any kind of mix: snow mountains and sweltering plains; histories and legends; communists and kings.