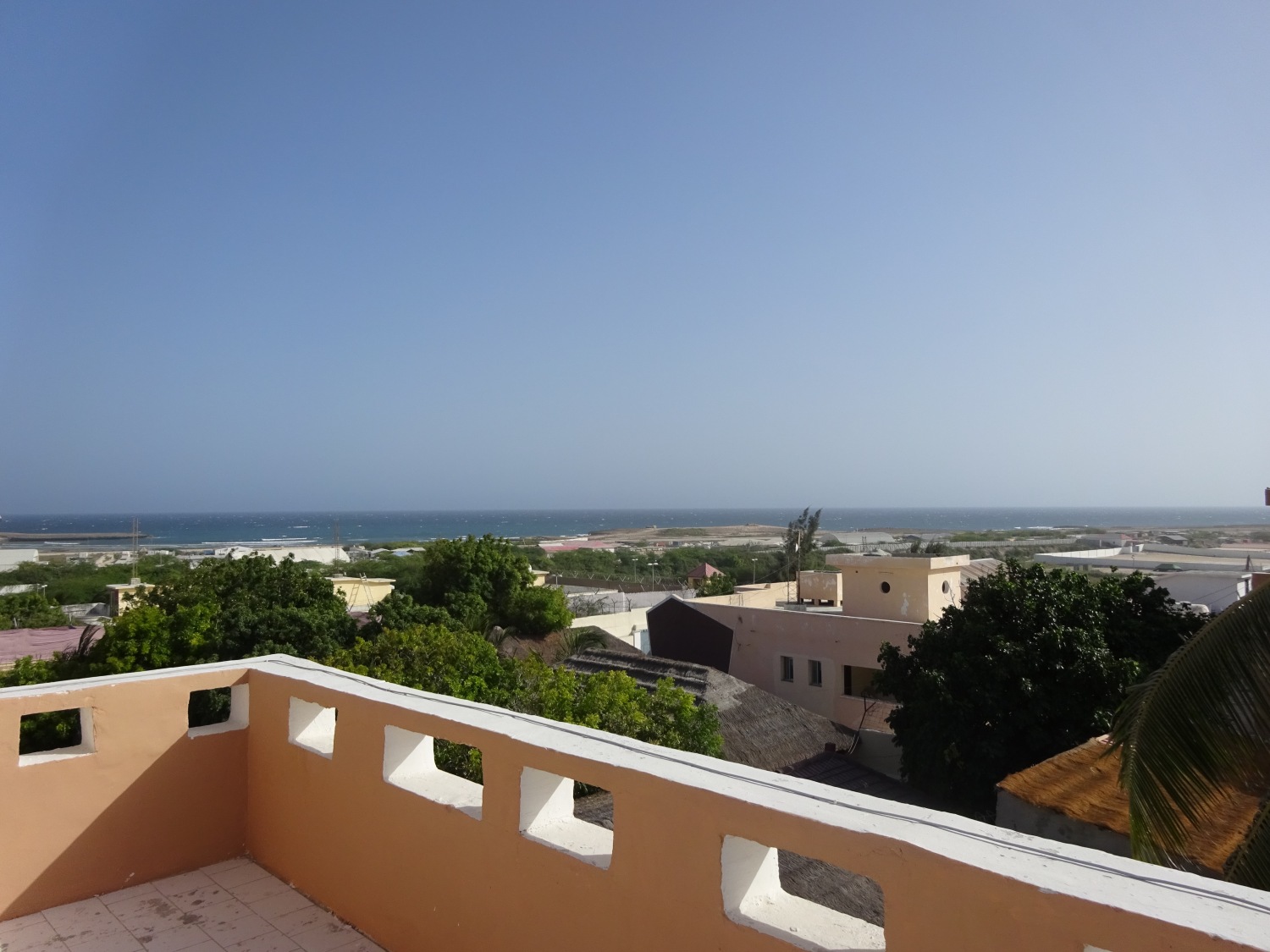 I woke to gunfire. Well, I thought it was gunfire – the staccato sound of AK47s. Maybe it was the early risers opening the rickety metal gates in the compound. And then there were the dull thuds – the heavier sounds of mortar shells. Maybe someone was heaving his heavy case down the concrete stairs and on his way to the airport.

Maybe this really was a dawn attack in Mogadishu. I tried to remember where they said the safe room was. Is it in this building or the next? Will I have time to get dressed if the alarm goes? What should I take with me? My laptop? Bottles of water? What supplies will they have in there? How long could we hold out?

As Shakespeare said somewhere, ‘Present fears are less than horrible imaginings’. But, two evenings before that dawn, fear was very present. We were just settling to our sundowners of lemon juice at the Peace 1 Hotel when we heard the explosion of the bomb.

It was a car bomb, detonated at the entrance to the Ambassador Hotel, ripping the face off the building in downtown Mogadishu, and shattering the glass of many buildings around. Three al-Shabab terrorists rushed into the hotel, firing their guns. 15 people were killed and many more were injured. One of our workshop participants was among the wounded. He was taken to hospital to be operated on, to remove a large piece of metal that had lodged in his thigh. The friend he was sitting with was killed.

Two days later, two young guys checked into the Peace 1 Hotel. They were Johnny Ward, who is Irish, and his friend, Scott, who might be Scottish. I was intrigued to see Johnny, not long after they arrived, walking around the compound talking to an outstretched stick. Clearly, he wasn’t divining for water in there; nor was he detecting for mines. I soon learnt that it was a small camera on the end of a selfie stick.

Johnny earns his money on the road, so to speak, with SEO – search engine optimisation. And it’s a long road he is travelling. He has the ambition to visit every country in the world. When I met him just a week ago in Mogadishu, he had already made 193 countries. So he had only four to go. One of them will be a tough one – Yemen. The others are Saudi Arabia, Oman and Norway. I asked him why he had left Norway till near the end. He said he wants to finish the task in Norway, and he has in mind a special party in Oslo this coming September.

On the Saturday, Johnny and Scott took the special city tour arranged by the Peace 1 Hotel. It cost them USD.1,200 – but Johnny said it was well worth it. The tour, accompanied by armed guards, takes in the Lido Beach, the old town, and the famous Bakara Market. They even went out after dark and found a club where they smoked shisha pipes.

And so Johnny and Scott missed the thudding sound of four mortar shells that were lobbed to somewhere nearby the Peace Hotel that Saturday evening – towards the UN compound or the AMISOM camp along the beach. The waiter at the Peace Hotel was serving coffees in the leafy café area of the hotel. He neither flinched nor paused at the sound of the shells. He must have heard sounds like that a few times before.

True, inside the Peace 1 Hotel you feel very safe. Well shielded by a maze of barriers and high blast-proof walls, watched over by a troop of well-armed and well-trained guards, you are indeed very safe. And the situation outside its walls has been getting better this last year or so.

I suppose, with elections in the offing, it was to be expected that al-Shabab would try to cause mayhem in the city. But they have been hard pressed and forced back. And there is a mood of optimism in Mogadishu about its future; there are new buildings rising and new businesses starting up.

Maybe the pitch of the www.visitmogadishu.com, the website of the official Mogadishu City Guide is not too far-fetched. It calls the city ‘the white pearl of the Indian Ocean’; it reminds us that the early traveller, Ibn Battuta, visited in 1331; it claims that Mogadishu is the world’s second fastest growing city. So, maybe, others less madcap than Johnny will take tours of this once, and could be once again, beautiful city.

By the way, Johnny was on the same flight out to Nairobi. He was connecting to Addis Ababa. As I am writing, he should be in Oman, or perhaps he has already reached Saudi Arabia. I wish him luck with his attempt to get to Yemen.

If you want to read more about his travels, go to www.onestep4ward.com