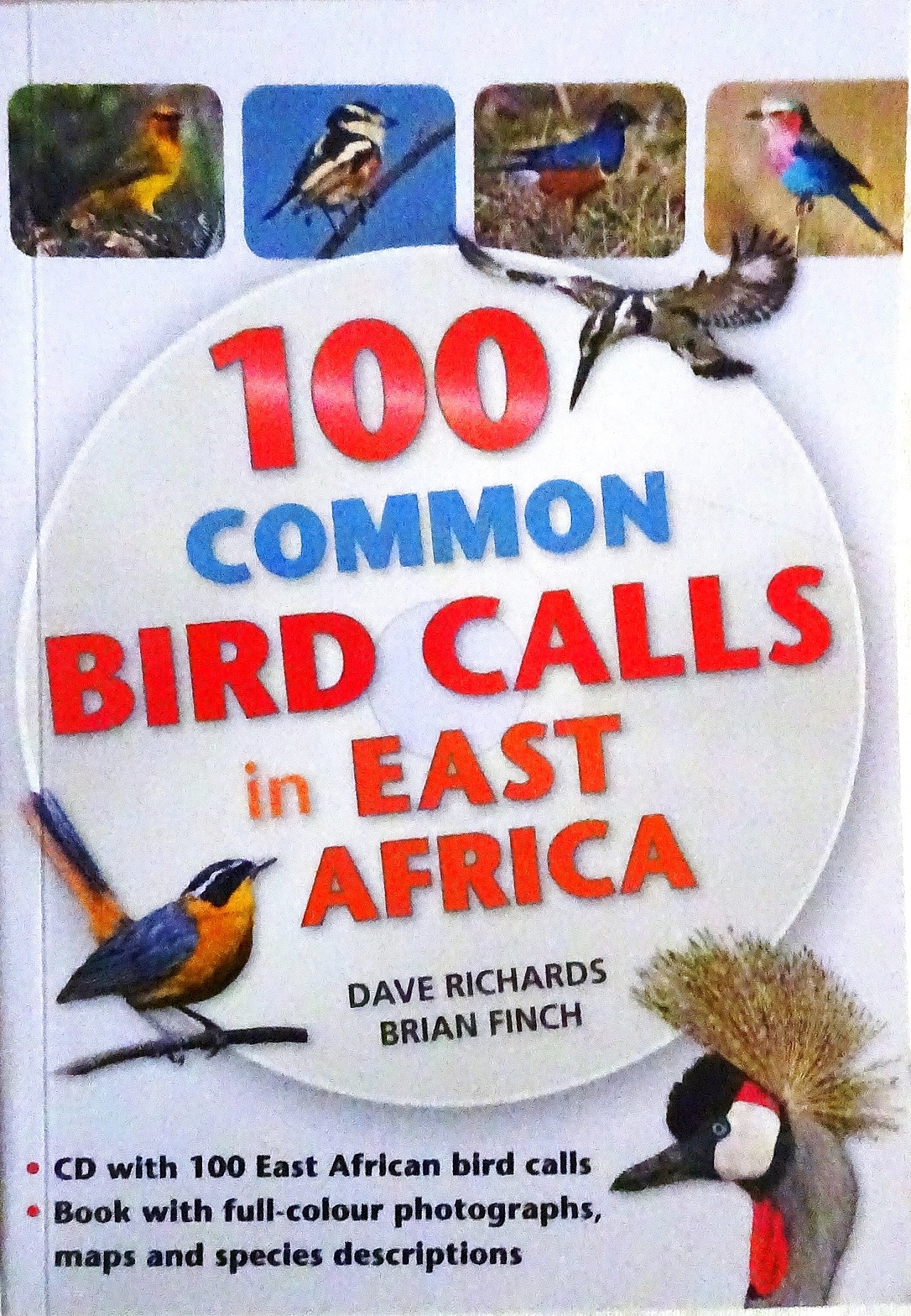 I’ve just been given a very handy book – handy if, like me, you are an enthusiastic, but not so expert, bird watcher.

When on a family game drive with our visitors in one of the parks, I can understand why the visitors seem bemused when we stop the vehicle and take the binoculars to look at a little brown bird sitting on a bush. Their focus is, naturally, on the animals – and especially on spotting the ‘big five’.

Not all visitors, of course, are so bemused. There was Will, for instance, an old student of mine who told us he was coming out from the UK to attend a conference in Nairobi. When he saw the number of bird books we had on our shelves at home, he confessed that his main interest was not the conference but the bird watching he was going to do – in the country where the birds are much more plentiful and exotic than the ones back home.

I know Will absconded from at least one of the conference sessions to do some birding in the Nairobi National Park – where, by the way, there are over 500 species of birds. And at the weekend we took him to Lake Naivasha. I will never forget what he said when he first put the binoculars to his eyes and scanned the lake shore. ‘Wow!’ he said. ‘Wow! I have just added at least a dozen to my world bird list.’

As a family, especially when our two boys were young, we attended many of the Nature Kenya Sunday pot-luck outings and Fleur N’gweno’s Wednesday morning bird walks (which she has been doing now for 45 years). Andreas must have been about seven or eight when he looked up to the sky with his binoculars and asked, ‘What’s that?’ And all the group birders swiveled round and looked up too. Until Andreas said, ‘Oh, it’s an Air France!’

Andreas is now a professional wildlife guide, and I know he has an App on his phone which can help him identify any bird by its call, as well as by its shape and colour and so on. But what I have just received suits me fine. It is called ‘100 Common Bird Calls in East Africa’, and it is by two of Kenya’s expert birders: Dave Richards and Brian Finch.

It is actually more than a book. Rather, it is a CD with the book as an accompaniment. The CD has 100 bird calls. And in the book there is an account of the hundred birds: a full colour photograph for each, a distribution map, notes on its habitat, behaviour, feeding and nesting preferences – as well as a description of the call or song.

The two authors must be very well known to East African birders. Dave Richards is a photographer and he has run many wildlife safaris in Kenya and also down Africa, through Uganda, Tanzania, Zambia, Zimbabwe, Botswana, Namibia, and even Madagascar. Brian Finch has co-authored field guides to the birds of East Africa, the Horn of Africa, and New Guinea. He has also produced an App with over 1,000 bird songs of East Africa.

As the Introduction says, bird sounds are all around us: in the bush, by the lakes, in our gardens, or even in the cities. One of the great safari experiences is to be wakened with the rasping calls of the Crested Francolin. You can’t fail to be moved around Lake Naivasha by the haunting calls of the Fish Eagles. We are lucky to be entertained in our garden in the evenings by the song of a Ruppell’s Robin Chat. And in the cities you can hear the mewing calls of the Yellow-billed Kites as they circle above the buildings.

A few nights ago I couldn’t sleep and I got up in the night to make a cup of tea. I heard a bird calling in the garden. I knew it must be a nightjar, but it was only when I checked on the CD that I was sure it was the Montane Nightjar because of its high pitched and wavering whistle. Anyway, as the book reminded me, the other common nightjar, the Slender-tailed, is found mainly in dry acacia country or coastal scrub.

So this pack of CD and book is cleverly thought-through and attractively designed. It is ideal for the interested but not-so-fanatical bird watchers. It is available at Bookstop at the Yaya Centre for Ksh.1,500.

As for the weekly bird walks organised by Nature Kenya, Fleur N’gweno has been running them almost every Wednesday morning since February 1971. If you are an interested bird watcher – or would like to become one – then you can find out about the walks from Nature Kenya. Their mobile numbers are 0771-343138, 0750-149200, 0751-624312; their website is http://www.naturekenya.org.