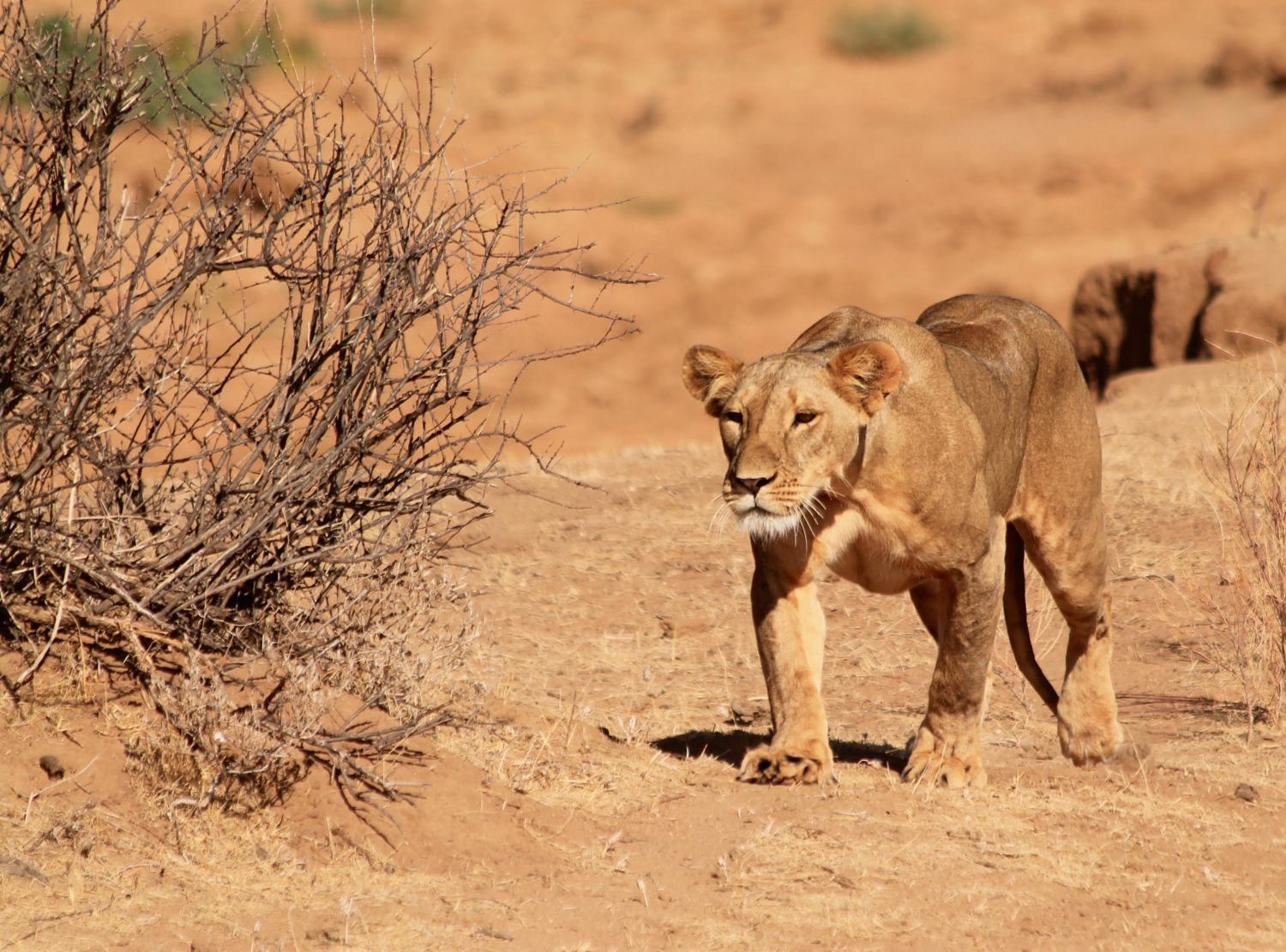 ‘We’ll struggle to see lions in Samburu.’ I offered this little nugget of wisdom to family friends we were hosting from the UK, based on my experience from previous trips to the reserve. Inevitably, we spotted lions on every game drive over the course of our three-day visit.

For our guests, though, the choice of Samburu was inspired mainly by the chance to watch elephants by the Ewaso Nyiro River. It also offered an alternative setting to the other parks they had visited – Lake Nakuru with its dense acacia forests, and the thick, rugged landscape of Tsavo East.

We opted to stay at Elephant Bedroom Camp, which is not fenced-in, inviting elephants to roam happily between the tents. Elephant Bedroom is one of four luxury camps in the Atua Enkop Africa collection, including the excellent Mbweha Camp in the Congreve Conservancy by Lake Nakuru.

As with most camps and lodges in the reserve, it’s set on the bank of the Ewaso Nyiro, in a thicket of riverine forest. The 12 spacious and tastefully furnished tents are shaded by tall doum palms and acacias, and are raised on stilts with a plunge pool on each terrace. They all face the river, which, when we arrived, had stopped flowing due to the lateness of the rains.

The camp’s focal point is its rustic lounge and dining area, which spills out from a wide veranda onto the riverbank. After a welcome drink, and briefing by the camp’s Assistant Manager, Bernard Karangi, we were shown to our table for lunch. The lunch and dinner menus changed every day, and there were always plenty of good options for the four vegetarians in our group.

Midway through dessert, a large 20-year-old bull elephant strolled casually into the dining area, wrapping his trunk around doum palm shoots, kicking them loose and shovelling them into his mouth. Camp staff advised all the guests to move to the veranda – although this left my bread and butter pudding vulnerable to the many squirrels, mongooses, starlings and other scavengers that gathered by our table.

As we watched the elephant from a safe distance, Bernard informed us that its name was Obama, and that it was one of five bulls that often visited the camp. To avoid bumping into Obama or any of the other resident bulls as we walked between our tents and the lounge at night, we were told to flicker our torches in the direction of one of the many askaris to escort us.

After a wake up call of coffee and biscuits, we left the camp early the following day to explore the reserve. Because of the extended dry season, and the combination of the Ewaso’s near permanent water and forest shade, the reserve was teaming with Grevy’s zebras, and a variety of other migratory species. The abundance of wildlife, with the backdrop of the sharp Koitogor Hill in the heart of the reserve, and the rounded cliffs of Ololokwe looming in the distance, made for quite a spectacle.

Not long after we had left the camp, we stumbled across a rather unusual sight. A large steppe eagle stood protectively over the body of a striped hyena. This seemed to set a trend, as over the next few days we spotted a tawny eagle picking at the carcass of a dik dik, and a juvenile martial eagle with its talons in the body of a very young impala.

We had the advantage of having two professional safari guides with us: my brother, Andreas, and Larry, a resident of the area with a wealth of knowledge about the Samburu ecosystem. Larry, in particular, had an incredible eye for spotting lions, and could then tell us about each individual – including a lone maneless male we tracked on our final game drive, which we learnt was the oldest lion in the reserve.

On the second day, Larry spotted two young lionesses sitting alert in the shade of a salt bush. An oblivious warthog ventured too close, quickly realised he was being watched and darted into a thicket of doum palms. This seemed to whet the lionesses’ appetites, as they emerged from the cover of the bushes and descended into the dry Ewaso riverbed.

They then split up and stalked another warthog, who led her two piglets just metres from one of the lionesses. She pounced, chasing one of the piglets into a patch of soft sand, and straight into the jaws of the other lioness.

But this was by no means the highlight of our trip, and neither was watching a young male leopard mosey down to the riverside from his shelter in the salt bush. As we observed the leopard, Larry heard a faint rumble in the distance. We drove to the source of the noise and watched in amazement as a flash flood swept across the dry Ewaso riverbed.

For more information about the Elephant Bedroom Camp, and the other camps in the Atua Enkop Africa collection, visit www.atua-enkop.com.