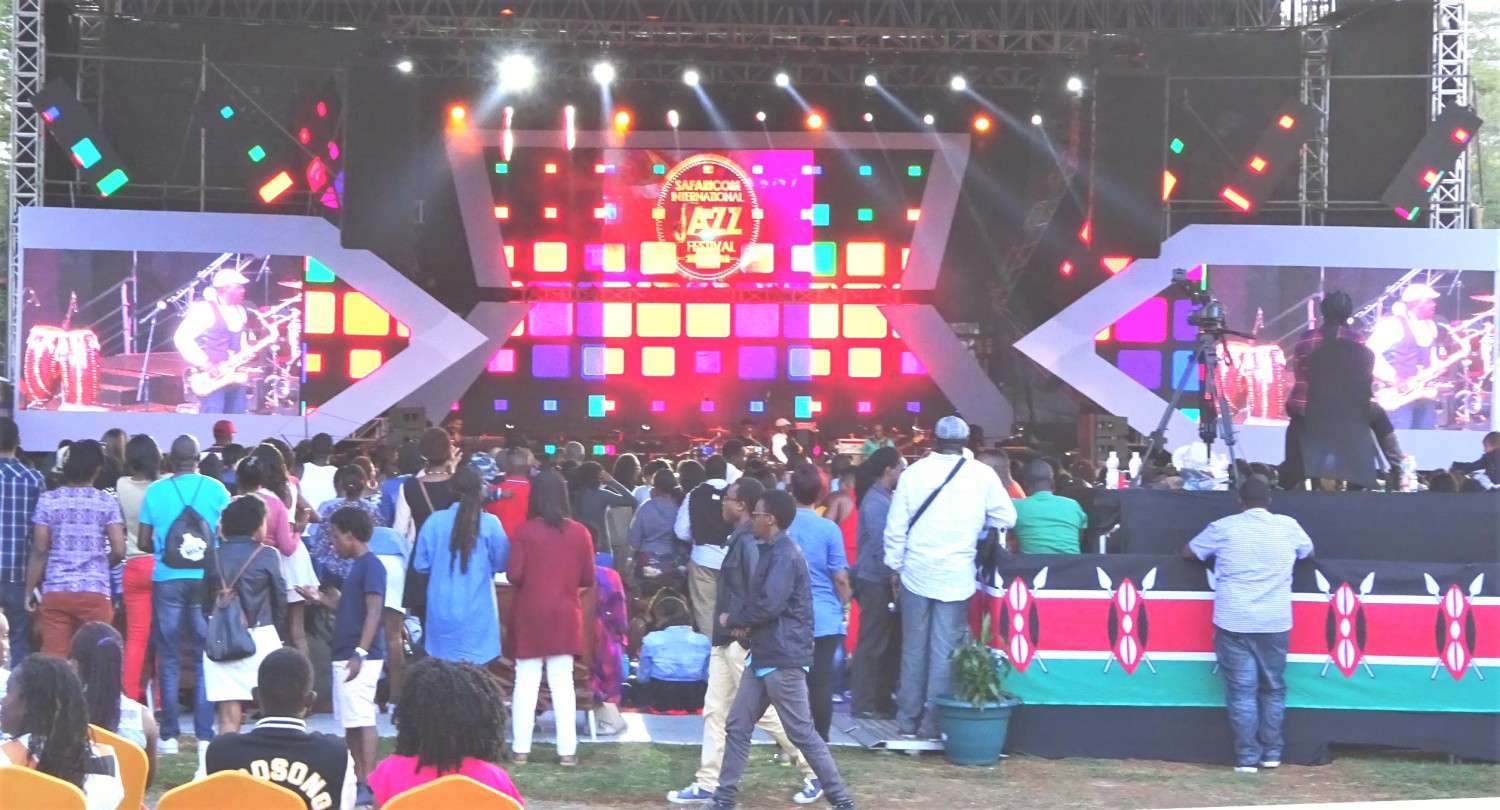 It was the Safaricom International Jazz Festival event at the Carnivore Gardens last Sunday. To tell you the truth, I didn’t really want to go. It meant missing the Russian Grand Prix on TV – and at least half of the crucial Tottenham and Arsenal game. But my wife had already bought the tickets and I hadn’t the guts, never mind the heart, to say ‘No’.

When we got there and found the place already crowded, my wife didn’t lift my mood by saying, ‘Look, there are some seats in the Special Needs tent, let’s sit there – you qualify because of your metal hip’. At least she didn’t mention my age.

Anyway, it was when I saw young Debbie sitting there – someone who used to work with us – that I settled on the softly padded seats.

I am actually old enough to remember the period that I have been thinking was the best flowering of music in Kenya – from the late 1960s and into the early 1980s. During my time teaching at the University Adult Studies Centre out at Kikuyu – and when afterwards on research trips here from the UK – I enjoyed nights at clubs such as the Sombrero, Florida, Hallians and Starlight; listening to singers like Fadhili William, Sal Davies, and dancing to bands like Shika Shika and Moss Moss.

I remember watching a BBC documentary in the 1980s. Its message was that Kenyan music at that time was like a big fat honey bee flying around and waiting for someone to capture it and make a fortune marketing it globally and making it as popular as music from the Caribbean…. But much was lost when bands from neighbouring countries such as the Congo and Tanzania were kept away because of work permit issues. And then the choirs and church music took over.

But we hadn’t been sitting long in the Special Needs tent, when my wife said, ‘There’s so much talent here, isn’t there?’ And this time I whole-heartedly agreed with her.

OK, I occasionally checked on my phone how Lewis Hamilton, Sebastian Vettel and Valtteri Bottas were getting along at the Sochi Autodrom in Russia, but otherwise I was enthralled at what was happening on the kaleidoscopically illuminated stage in the Carnivore Gardens off the Langata Road. I realise I will need to update myself about the story of music in Kenya.

The saxophonist Juma Tutu and his Swahili Jazz Band were playing when we arrived. Juma grew up and learnt to play in Mombasa. After moving to Nairobi he joined Them Mushrooms in the early 2000s – then perhaps the most popular band in East Africa. But by forming his own band he has been able, as he says, to make his brand of Afro Jazz a blend of Mijikenda sounds with Asian, Western and Arabic influences. Whatever, last Sunday his music was loud, was vibrant – and was moving the overwhelmingly young crowd to move with it.

They were followed on stage by the Ghetto Classics orchestra, a project of the Art of Music Foundation. The children of the orchestra all come from schools in Korogocho and surrounding settlements. The Foundation’s aim is, working in underprivileged areas, to use the transformative power of music to ‘unite communities and change lives’. All the proceeds of the Jazz Festival were going in support of the Ghetto Classics.

Roxane de Bilderling, the Belgian Ambassador, has been a strong supporter of the Ghetto Classics project, and at the end of the concert she was acknowledged by Bob Collymore, the CEO of Safaricom. And, well before that, lucky for us, we were invited by some Belgian friends into the Partners’ tent for a glass of wine. Someone, it seems, had spotted my very special need.

For me, the highlight of the concert was not the glass of chilled white wine, but the smooth and mellifluous voice of Kavutha Mwanzia-Asiyo, the evening’s MC and star singer. But there were many other stars out that evening, and among them: Shamsi Music, AfroSync, Chris Bittok, Edward Parseen and The Different Faces, and Eddie Grey.

The climax was the performance by the Nairobi Horns Project. They call themselves the funkiest music outfit in Kenya. The lead trio are Makua Rabai on saxophone, Victor Kinama on trombone and MacKinlay Mutsembi on trumpet – and they are backed by lively keyboard and drums. As someone, I see, has just messaged on Facebook: ‘Guys, you guys rocked it – great job’. It certainly was. And if you like them, then there’s a date to remember: they will be playing at the HornsParty at the Alchemist on 2nd June.

The Safaricom International Jazz Festival was a superb musical party; it was also a fine example by Safaricom of what corporate social responsibility can mean. And it has certainly made me revise my story of Kenyan music.