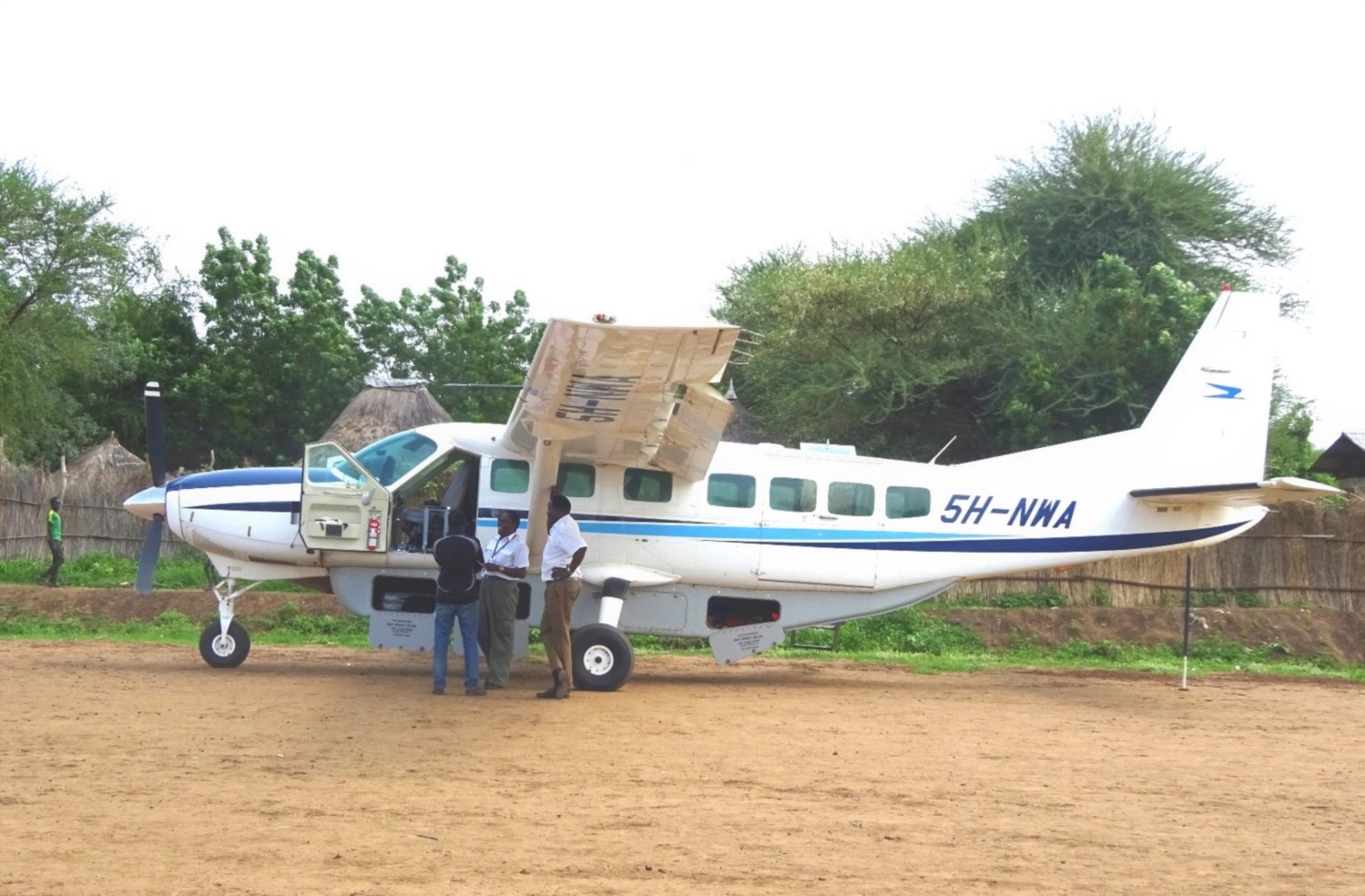 ‘If it rains tonight, you won’t get away in the morning,’ the project manager said. ‘I will ring the charter company at 7am, and if it is dry they will come. But if is wet, they won’t fly, because they can’t land here. You might have to stay a few days more.’

I didn’t sleep much that night. I was listening for raindrops on the tin roof of my banda. Every other night there had been rain. I had had a good seven days in Pagak, but I was keen to get back to Juba because I needed to make my KQ flight to Nairobi.

Pagak is in the Upper Nile State of South Sudan. It is more like a village than a town, but it is the headquarters of the rebel SPLM-IO: the Sudan People’s Liberation Movement in Opposition. Its Nuer forces, led by the former Vice-President, Riek Machar, have been bloodied after violent clashes with the Dinka-led government under President Salva Kiir. All the people I talked with were thoroughly tired of the conflict and frustrated that a lasting peace agreement couldn’t be reached.

I saw a boy in Pagak wearing a grimed red and white Arsenal shirt. And I was struck by the thought that if my long-gone father could know that I, too, am an Arsenal supporter he would turn in his grave. He hated Arsenal, more than any other successful team from the south of England.

We were from England’s north, you see. And if you are from the north you can grow up with deep prejudices about people from the south: about the posh way they speak; about the good money they earn; about the political power they wield… I have come to realise that in countries like South Sudan, like Somalia – and like Kenya, for that matter – such ethnic prejudices are also related to a sense of place, to an exaggeration of differences, and to the corrosive influence of stories told and repeated by the family fireside.

While I was in Pagak I was reading the latest novel by the Somali writer, Nadifa Mohamed – ‘The Orchard of Lost Souls’. It is a gripping story, set in Hargeisa in the late 1980s, when the city was being fought over by the rebel Somali National Movement, and bombed by planes of forces loyal to Siad Barre. It isn’t a book for the squeamish. It exposes the brutality, the horror and the anguish, of civil conflict.

There is no fighting right now in South Sudan. But the consequences are badly felt. The whole country is suffering from the near-collapse of the economy. And the SPLM-IO territories are being starved of resources, and all mobile phone communication has been cut. Children there, even if they go to school, are not able to take any school-leaving exams.

The NGO project I was working with in Pagak was focused of primary education. It was building temporary learning spaces, paying incentives for volunteer teachers, and supporting parent teacher associations. I was running a workshop on community engagement for the project staff.

School attendance was very low – not so much because of the conflict but because this is a pastoralist community and parents tend to place a low value on education. And so the awareness-raising component of the project is an important one. My role was to review a number of community mobilisation and discussion-based facilitation methods – and then give opportunities for practising them.

The locally-recruited community development workers had little or no experience of project-support communication techniques. And I wasn’t very confident that they would be very effective in their efforts to persuade many parents who were apathetic about schooling. But that was until I introduced the community workers to the potentials and pleasure of drama.

They threw themselves into it with a gusto that you could never unleash in a European group. They devised two short plays, or skits, that they went on to perform to a community group on the final day of the workshop.

The first skit featured a father who kept his son out of school because he needed the boy to look after the family livestock.

‘How many cows will you get by going to school?’ he asked. ‘And you will need cows if you want to get married one day.’

The second skit challenged the practice of early marriage. A father takes his 14 year-old daughter out of school because he has accepted cows from an old man who is going to marry her. After that play a woman from the village stood up.

‘That is what happened to me’, she said. ‘I wanted to go to secondary school, but my father forced me into marriage. I am determined that my own daughter is not going to suffer in the same way.’

And our leaving Pagak? Rain didn’t come. The plane did.