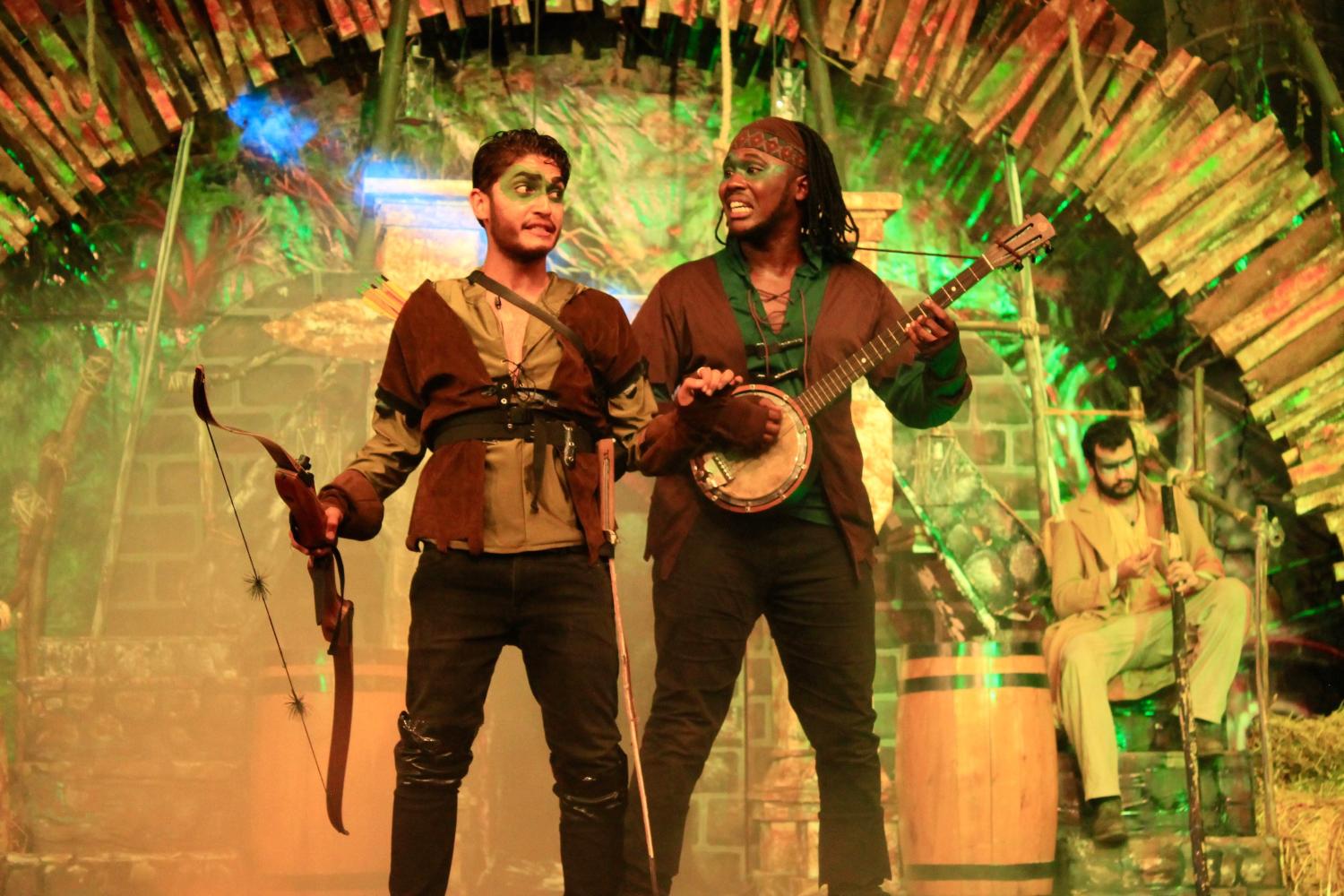 Disney is renowned for producing timeless films that tug at the heartstrings of children and adults alike. As a child of the ‘90s, I grew up with the likes of Toy Story, The Lion King, Homeward Bound and Cool Runnings. One of the very first Disney classics that I remember watching was Robin Hood, released in 1973, long before I was born. Disney’s adaptation of the legend of Robin Hood is as charming and as entertaining as many of the company’s modern-day films. I haven’t seen the film since our ancient VCR packed up, so I was delighted to hear that Aperture Africa Productions had chosen Robin Hood as this year’s musical at the Oshwal Centre.

Aperture Africa were behind the award-winning Jungle Book Musical last year, so we were looking forward to seeing their adaptation of Robin Hood last weekend, at the Oshwal Centre’s Dinesh and Mahesh Chandaria Auditorium. The level of effort that had gone into the production was clear as soon as we walked into the foyer, which had been transformed into the ‘Nottingham Market’. The market stalls had been decked with paraphernalia from Late Medieval England – a theme that carried on into the auditorium. I picked up a copy of the programme, which promised to ‘take us back to 1190 AD’ and ‘have our childhood memories revived and relived’.

The set designers had done a great job with the props and the backdrop scenery too, and there were zip-lines across the stage and across the auditorium, from the back of the dress circle. In true Robin Hood fashion, the lead actor – Tirath Padam – made a spectacular entrance by zip-lining down to the stage from the dress circle, dropping sweets into the hands of the excited children in the audience. The musical was interactive and had a panto feel to it – with the audience encouraged to sing along to the main chorus, and boo every time the Sheriff of Nottingham appeared on stage. The Sheriff, played by Bilal Wanjau, was cast really well, and had a great, booming evil laugh.

The plot roughly followed that of the Disney film: the Sheriff collected taxes from the townsfolk, and put a bounty on the head of Robin Hood – the outlaw who stole from the rich and gave to the poor, and lived in Sherwood Forest with his band of Merry Men. There’s plenty of romance between Robin Hood and Maid Marian too, who does all she can to avoid marrying the Sheriff.

The musical also has a distinctly Kenyan flavour. This is how the scene was set in the programme, for example: ‘Sherwood Forest’s economic situation has been a trying one to say the least, with multiple elections of the Forest King’. At one point, the Sheriff threatens to ‘ship Robin Hood to Kiambu and let the Mungiki have him for Christmas’.

Aperture Africa produced a thoroughly entertaining musical, with well choreographed fight scenes and songs backed by a live orchestra. The kids in the audience were certainly entertained, and found a new hero in Robin Hood. In the final fight scene after an archery competition, one of kids behind us screamed: ‘We love you Robin!’.

The programme outlines how funds raised from the musical will be donated to Homeless of Nairobi (HoN) – a charity that runs a number of projects in aid of children/teens living on the streets of the city. This includes a daily feeding programme within the Deep Sea slums in Highridge. HoN also sponsors adults living on the streets, and helps them with income-generating initiatives like shoe polishing. They intend to use the funds raised through the musical for their academic projects – covering January 2018 school fees and supplies for children at their Gachie Home. Some of the funds will also be used to boost HoN’s kitchen gardens.

The musical’s lead sponsor, Equity Bank, is also supporting school children through its Wings to Fly programme. The scholarship programme is an initiative of the Equity Group, the MasterCard Foundation and other partners, aimed at supporting secondary education for top performing children from financially challenged backgrounds across Kenya. It offers comprehensive support for the selected scholars through the provision of tuition fees, accommodation, transport, school supplies and more during their four years of secondary education.

The Wings to Fly scholars are also eligible for Equity Bank’s paid pre-university internship programme: the Equity Leadership Programme (ELP). Since 1998, the ELP has rewarded top KCSE students from every sub-county with an Equity branch with hands-on industry training in the months leading up to university.

To learn more about the Wings to Fly Scholarship Programme, visit www.equitygroupfoundation.com, and to find out how the Robin Hood Musical supported Homeless of Nairobi, visit the HoN Facebook page. Keep a close eye on the Aperture Africa Facebook page, too, for any information on their next productions.