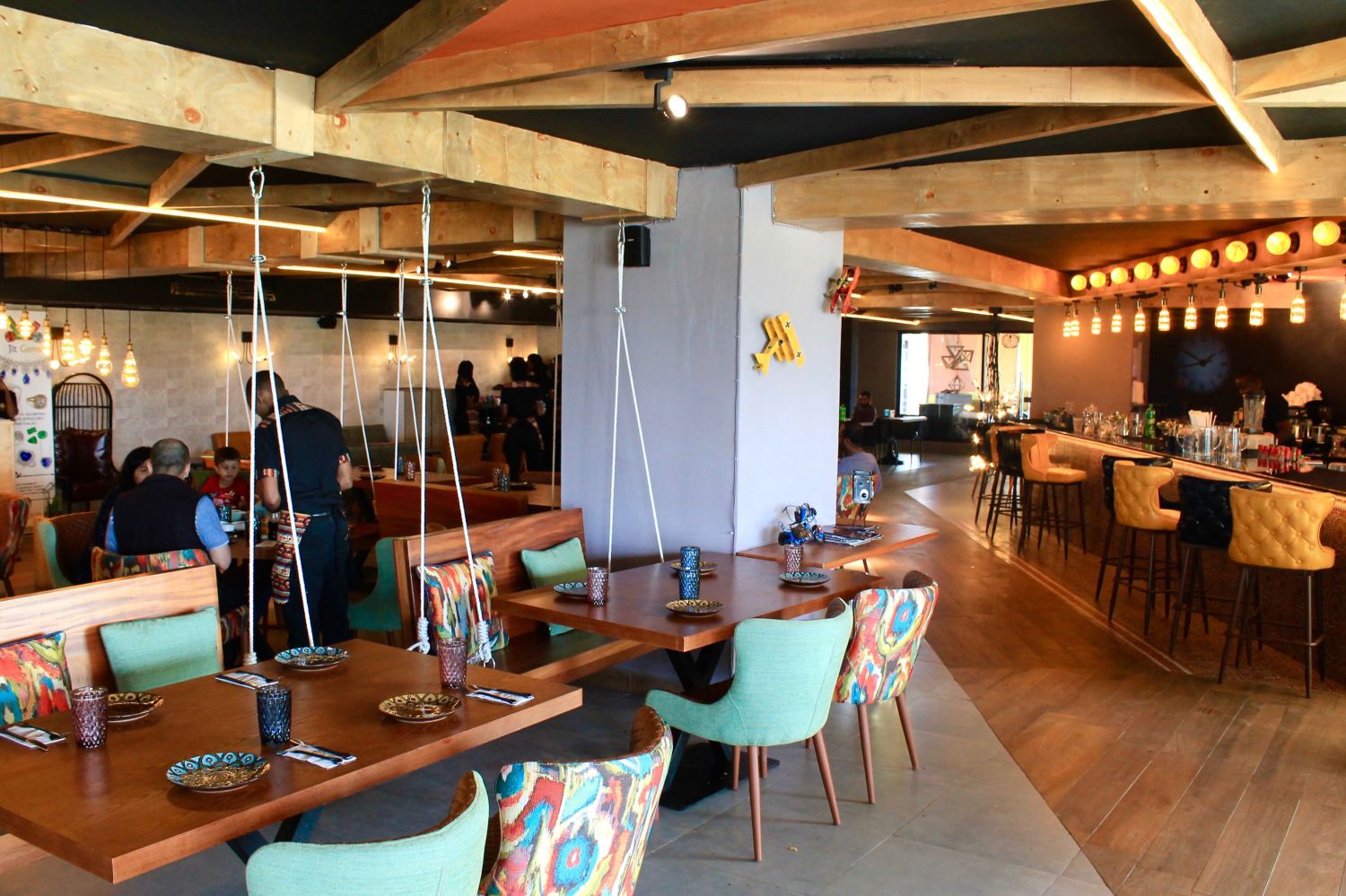 I’ve said for a long time that Nairobi’s burgeoning culinary scene has lacked a decent Latin American inspired restaurant. I’m talking about the likes of the UK’s Wahaca and Las Iguanas – two very successful chains that serve Central and South American influenced street food in contemporary restaurants-cum-cocktail bars. Mexican food has become increasingly popular across the globe in recent years, but Nairobi has been frustratingly slow to catch on to this trend. There are encouraging signs, though, that this might finally be changing.

There are two exciting new faces of Nairobi’s food scene: the Mercado Mexican Kitchen and Bar, and Fonda NBO. Both have received a lot of publicity in recent weeks, and I was keen to try them out. I opted for Mercado first, for no particular reason other than it’s closer to where I live. I called them up last Friday to book a table for the evening, but it was fully booked. The following evening was full, too – a clear indication of its current popularity – so I settled for Saturday lunchtime.

Mercado is on the Terrace (T) floor of the newly opened Kenrail Towers, next to the Nine West building in Westlands. You can’t miss the restaurant’s huge yellow sign on the terrace, and you also can’t miss the Kenrail Towers building, which inspires an image of a badly played game of Tetris. The building is largely empty, and feels like it’s still under construction – in stark contrast to the sleek interior of Mercado.

The entrance is framed by an arc of dangling Edison bulbs of various shapes and sizes, and thick, angular wooden beams line the ceiling. It’s a very open space, with wooden tables and colourful chairs. There’s a playfulness to the décor, with swinging wooden benches suspended by rope, and tin cars and bi-planes scattered across the walls. I’m sure I also saw a tin model of Pixar’s Wall-E.

There’s a grown-up element to the restaurant, too, with a terrace where I was told they will soon be serving shisha. Work is also being done to another, larger, terrace at the opposite end of the restaurant. And then, of course, there’s the bar – lined with more peculiar light fixtures and serving a variety of classic Mexican and signature cocktails.

I’m usually content with a Tusker Malt, but the cocktails looked too tempting to pass up. I opted for a signature one, the Cataria – a refreshing blend of Ketel One vodka, lime, apple and green grape juice, with a dash of basil. My girlfriend went for a classic Cancun Pina Colada.

I should tell you a little bit about the restaurant’s history, described in detail on their website (www.mercado.co.ke). It tells a tale of two brothers who left Kenya on a culinary adventure, and who found themselves in the small town of San Miguel de Allande in Mexico. Here they were inspired by a woman called Tia Maria, who ran a local inn and prepared delicious meals for them using fresh ingredients from a nearby Mercado (marketplace). This is the experience they aim to replicate at the Mercado Mexican Kitchen and Bar.

After the cocktails, our waiter, Eric, briefly took us through the menu – a broad selection of Mexican street food, tacos, tamales, tostadas, quesadillas, burritos and more. As per Eric’s recommendation, we each chose two of the street food dishes, after a starter of ‘Guacamole Molcajete’ – served in a granite mortar with a side of home-made nachos.

Those who are new to Mexican cuisine will appreciate the detailed descriptions and pictures of each dish in the menu. The dishes that looked particularly appetising to me were the ‘Pork Pibil’ taco, filled with pulled pork cooked with achiote seeds and spices, refried beans and pickled onions, and the ‘Chicken Tinga’ quesadilla, filled with pulled chicken breast cooked in chipotle chilli. I would have gone for the ‘Spanish Chorizo’ tostada – with sautéed potato and imported Spanish chorizo – but they didn’t have all the ingredients that day.

Gabie opted for the fresh plantain rolled with refried beans, chipotle mayo and crispy cheese, as well as the cheese and jalapeno tamales – soft cheese spiked with home-made jalapeno relish. All of the tamales come with two steamed corn dough parcels, and red mole sauce made with 25 ingredients, including a touch of dark chocolate.

The menu is also refreshingly vegetarian and vegan friendly, and offers more than the usual token salads. There’s a dedicated vegetarian section, and a large number of dishes have a ‘Vegan Option’ symbol next to them.

Next time we’ll be sure to sample the desserts, which have plenty of Latin American influence, too, including the Mercado Churros and the ‘Tres Leches’, a traditional Mexican vanilla sponge soaked in three kinds of milk.

It’s safe to say that Mercado has all the right ingredients to become a firm fixture of Nairobi’s dynamic culinary scene. It’s filled a huge Mexican-shaped hole in the market, and it’s about time.