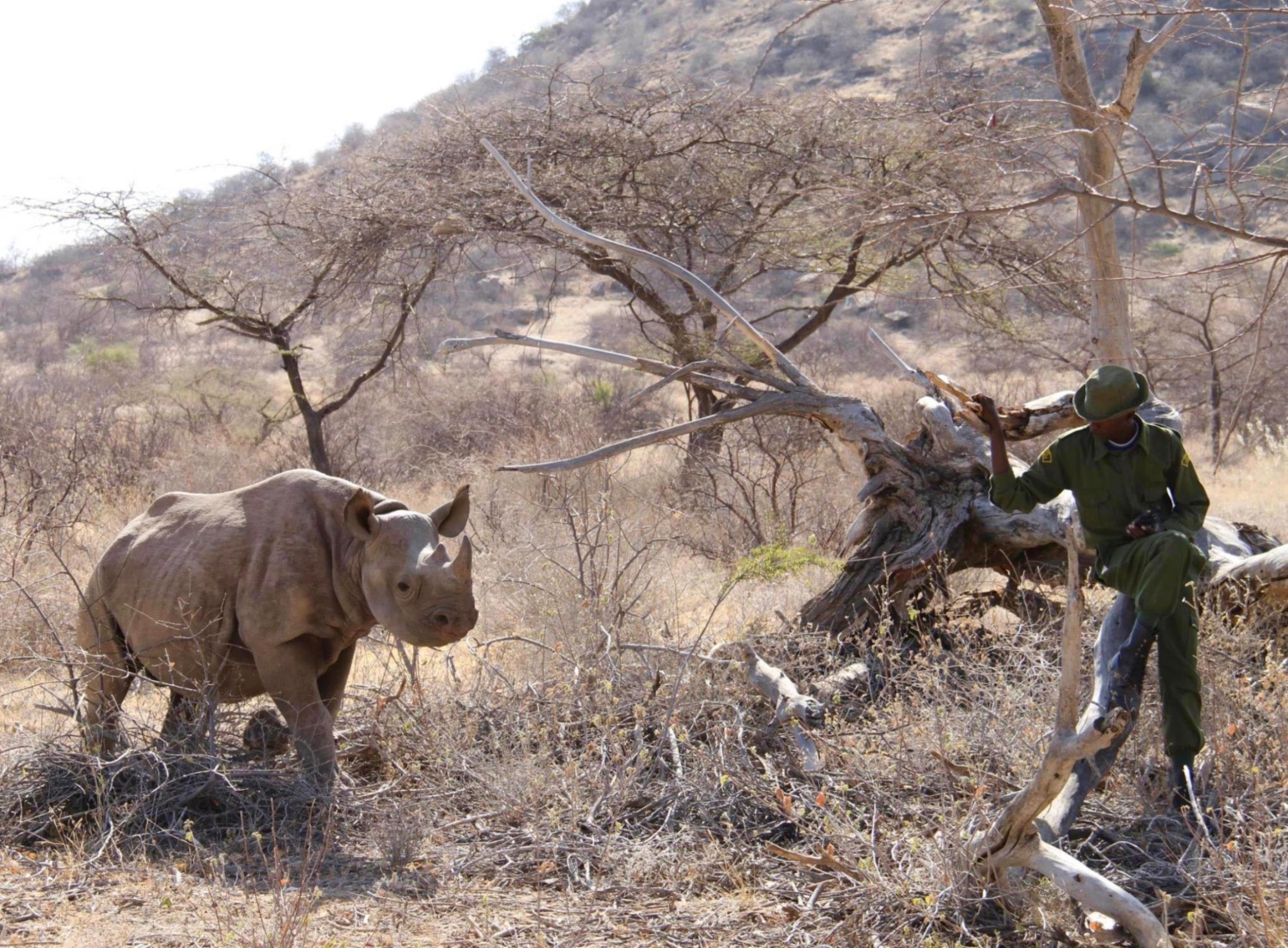 We woke to the roar of a lion. Well, my wife did. When I eventually opened my eyes, she told me she was sure it was a lion. Maybe it was, because on a game drive the previous evening we saw a lioness leaving the waterhole way down on the plain below our villa.

We were at Saruni Samburu, which has the most dramatic location of any lodge I have ever stayed in. It’s like an eagle’s eyrie high on Kalama Mountain and overlooking the 200,000 acres of the Kalama Conservancy.

We had driven there from Nairobi, enjoying the clear views of Mount Kenya against the backdrop of a cloudless sky, eating a Barney’s breakfast at the Nanyuki airfield, and appreciating the smooth tarmac up to the Kalama turnoff, eight kilometres past Archer’s Post. (One day I will find out who Archer was.)

The lodge is 12 kilometres west from the main road. It is well signposted, though the supplied directions also told us to keep a high finger rock as a reference point. It is more like a small thumb – but it did its job.

The Saruni website calls the six villas ‘luxury and eco-chic’. They certainly are. Each has the stupendous view down to the plain; each is secluded. You can take a refreshing shower in the open air or, inside your villa, you can soak in a bath tub. We were in Number Three, a single villa with a bedroom and a spacious living area and veranda.

From the early morning tea brought to your room to after-dinner drinks in the communal lounge – all day you are pampered. We made a mistake in booking only one night at Saruni Samburu, and so we missed some of the pampering: the chance to wallow in the infinity pool, for example, or to be indulged in the Wellbeing Space. The food is delightful, too. With the owner of the Saruni lodges being an Italian you would expect that, wouldn’t you?

For the evening game drive and sundowner, we were in the hands of the lodge’s Samburu guide, Joseph Lekalaile. And it was Joseph who drove us off after breakfast the next morning to the sister lodge, Saruni Rhino, across the main road and fifty kilometres away in the extensive Sera Community Conservancy.

While Saruni Samburu is high, Saruni Rhino is low – its more rustic bandas are built on the banks of a sandy dunga. But the amenities in the bandas, the food and the attentive staff, are all of a very high standard.

On the drive to the lodge, on the trip to greet Loijipu, an orphaned rhino, and on to the ‘singing wells’ of the local Samburu communities, Joseph kept us entertained and alert – finding animals, spotting birds, and talking about Samburu culture – whether past, present, or the uncertain future.

The birdlife is amazing. (Joseph has added half a dozen ‘firsts’ to my East African list.) But the unique feature of the conservancy is the opportunity to go rhino tracking on foot. On our second afternoon my wife, Lut, went off with Joseph and the armed ranger, Jimmy Lekiodo, to do this. I claimed I had some laptop work to do back at the lodge.

I reckon I had the best of it. The walking group found one sleeping rhino, but they had to wait a full hour before it woke up. Meanwhile, as I was drinking my cold lager, a herd of eight elephants came out of the trees, across the dunga and right outside the lounge where I was sitting. They were after the ripe palm fruit that had fallen. Eventually, they sauntered off, a little unsteadily, right through the middle of the lodge.

If you fancy some fascinating luxury in the bush, then Google Saruni and off you go.