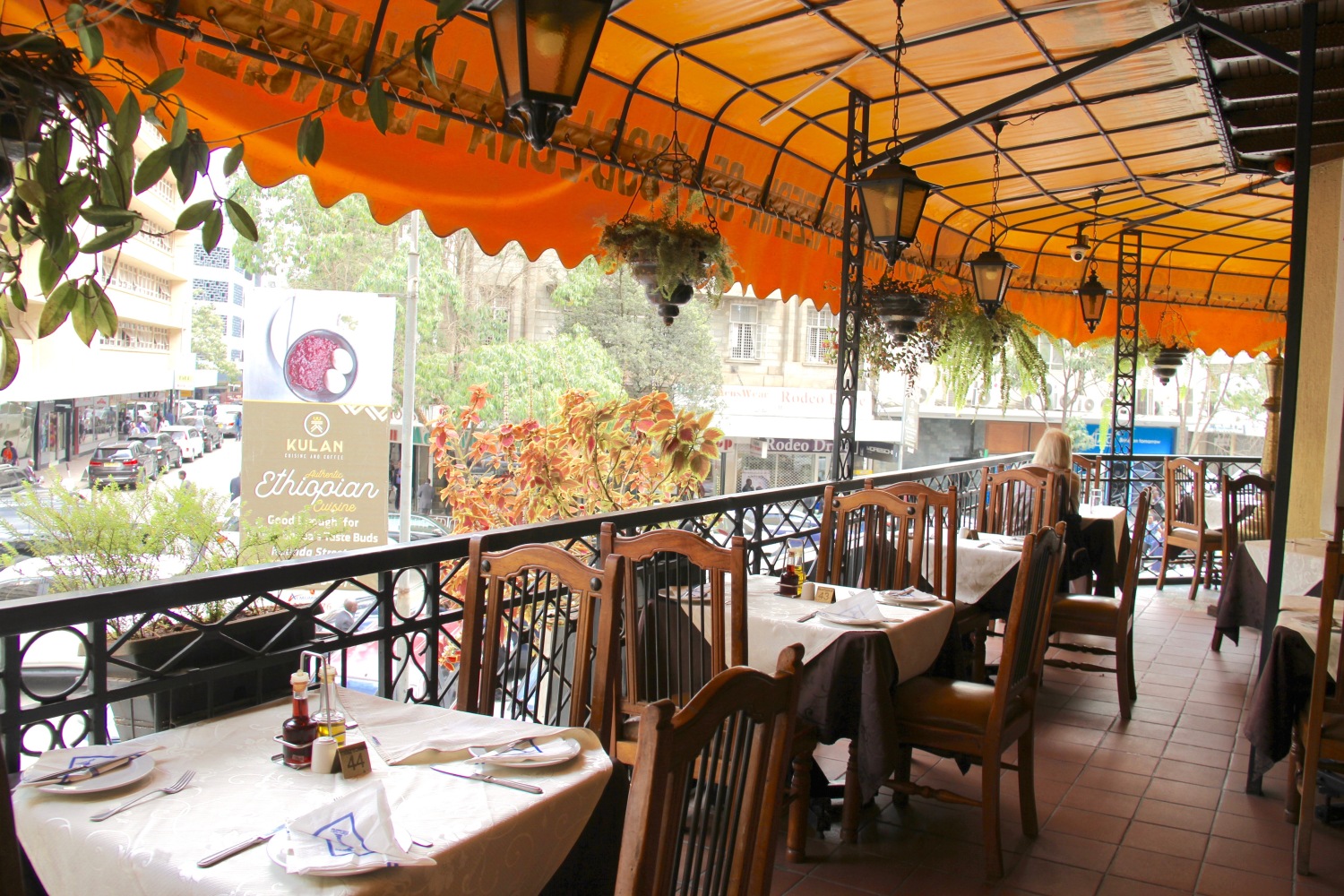 ‘This is the place where you can watch Nairobi life,’ the man said to his companion, as they were settling into a table next to mine on the balcony of the Trattoria Restaurant. He was a Kenyan and his companion, as I later discovered, was from one of the French-speaking countries of West Africa. It was last Monday, and I was there to have lunch and a chat with the Trattoria’s CEO, Gaetano Ruffo. What the man said is so true: from its position at the corner of Kaunda and Wabera Streets, the restaurant is certainly a good place for watching the bustle of life in the city’s CBD.

Trattoria is a survivor. When a few years ago I wrote about the surviving restaurants of those described in Kathy Eldon’s ‘Eating Out in Kenya’ that was published in 1981, I noted only four of the 64 she listed in Nairobi – not including those within hotels, because they last as long as the hotels lasts. The four were Alan Bobbe’s Bistro at the Andrews Apartments in Rhapta Road, the Tamarind in Harambee Avenue, the Carnivore off Langata Road, and the Hong Kong in Koinangi Street.

Now, Alan Bobbe’s Bistro is closed; I am told the Hong Kong has also gone; the Tamarind has moved to the Karen Blixen Coffee Garden in Karen. I missed out the Tin Tin at the KICC, which is still open. The Trattoria escaped Kathy Eldon’s notice because it opened its doors in the same year that her guide was published – in 1981.

Running a restaurant anywhere must be a risky business – but especially so, it seems, in Nairobi’s CBD. In the late-1990s, Mike Doughty, of Safari Rally navigating fame, tried his hand at navigating the restaurant within the Phoenix Theatre at the Professional Centre in Parliament Road. He told me he was having a rough ride. ‘People don’t come into the city in the evenings,’ he said.

So how has the Trattoria kept going when other once popular places in the CBD closed – places such as the Blukat in Muindi Mbingu Street, the Minar in Banda Street, and the Red Bull in Mama Ngina Street? That was what I wanted to ask Gaetano Ruffo.

There is no doubt about the quality of the food at Gaetano’s restaurant. As he himself emphasised, everything they serve is freshly made. I had the Ravioli di Ricotta allo Zucchini, with chicken, wine, zucchini and spices. It was tastefully delicate; the Tiramisu dessert was meltingly delicious. And Gaetano could have added ambience to his list of qualities. He explained that a trattoria in Italy is not a sophisticated place. It is a simple restaurant where you get home-style cooking at a reasonable price. That is what you get in his Trattoria. As for the quality of the service, Gaetano is careful in how he selects his staff and how he trains them. He is in the restaurant himself from early morning until late.

The other thing I would add to Gaetano’s survival list is location. His place is right in the centre of city life. It opens at 7.00 am, so it attracts those city workers who drive in early to avoid the traffic jams. He also has the Luna Lounge, which is a very cosy place for a drink and a winding down after work. I wonder, too, if the coming of taxi apps has encouraged more clients to visit the CBD.

As I sat on the Trattoria balcony last Monday lunchtime and indulged myself in people watching, I realised that if ever I retire it won’t be to the coast, by a lake or up a mountain – I like this city too much.