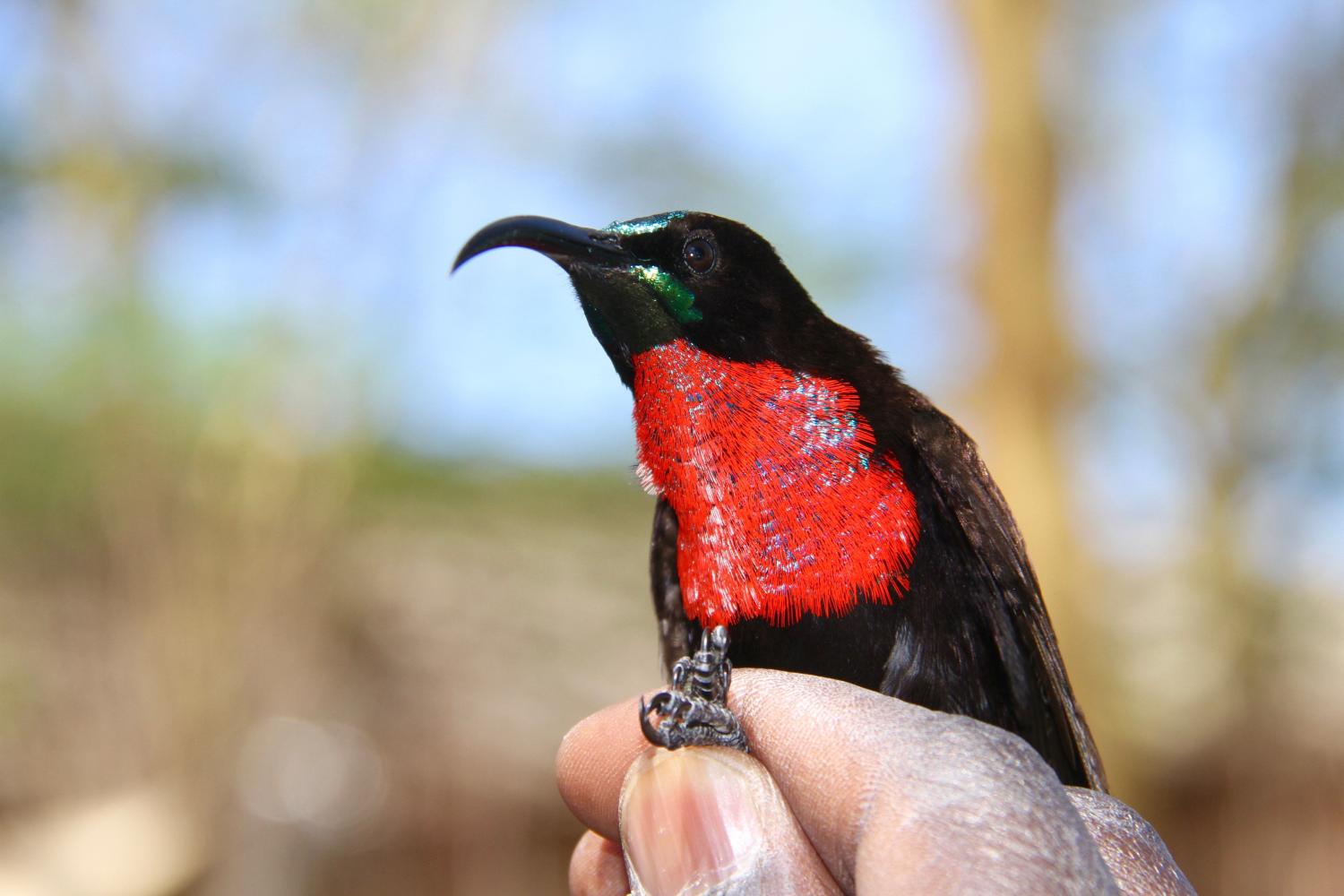 I thought it was going to be a big sacrifice. We were at the Swara Acacia Lodge, 45 kilometres down the Mombasa Road for what Nature Kenya called the Big Birding Weekend. After a welcome Saturday morning breakfast, we were setting off for the first bird drive across the Swara Plains wildlife conservancy. As we left our banda and walked through the Hop Inn bar, I noticed that the England v New Zealand semi-final of the Rugby World Cup was showing on the TV. I hesitated. I weighed up the possible repercussions. So I followed my wife to the waiting Land Rover.

I’m glad I did. I mean it’s not often you get a chance to go on a trip with five expert birders: Fleur Ng’weno, who has been holding the city’s Wednesday morning bird-walks for the last 48 years, Jez Simms, who is one of the managers at the lodge, and three young bird researchers from the Nairobi National Museum – Dominic, Kennedy and Nelly.

It was a staccato drive. We stopped almost every time we spotted a bird. There were plenty of them – more than 50 different species. Among them there was a young Martial Eagle, a smart Black-winged Stilt, and a foursome of Kori Bustards. But the highlight was a small Northern Wheatear – the first sighting this year of migrants from, most likely, the cold plains of Siberia.

In the afternoon Fleur gave a presentation about the wonders and the mysteries of bird migrations. She told a lovely story about a pair of Lesser Spotted Eagles. One springtime they met and mated in Germany. When winter came, they went their separate ways. The male flew more than 9,000 kilometres to Zambia. The female was more choosey; she flew over 11,000 kilometres, first to Zimbabwe, and then to Mozambique and South Africa. And when springtime came, the pair found each other again in Germany.

In the evening, we watched Dominic and his two colleagues gently ringing and releasing the birds they had caught in the nets they had set up in the grounds of the lodge. There was a feisty Rattling Cisticola, a pecking Slate-coloured Boubou, and a beautiful Scarlet-chested Sunbird.

At dinner, Jez reminded me that when I first wrote about the Acacia Lodge I had said that anywhere that puts up a poem by Gerard Manley Hopkins in the reception must be a good place. He returned the favour. He wrote out for me a quotation about travelling by my favourite explorer, Richard Burton. Let me share it with you:

‘Of the gladdest moments in human life methinks is the departure upon a distant journey into unknown lands. Shaking off with one mighty effort the fetters of habit, the leaden weight of routine, the cloak of many cares and the slavery of home, man feels once more happy.’

Actually, Burton wrote ‘civilization’ rather than ‘home’. Anyway, for me the only mild ‘slavery of home’ I escaped that weekend in the bush was to enjoy bacon with my eggs on the Sunday morning. I reckon if I cooked myself bacon at home these days I would have to reckon with the frowns of my wife.

The Swara Acacia Lodge has been attractively upgraded since I was last there. The rooms have had a face-lift; the restaurant is bigger and more ambitious in its menu. The lodge is an excellent place for a weekend escape from the city. During the week it is a reachable place for a workshop or a team-building retreat.

I will certainly be back for the next bird-ringing occasion next February. And if you would like to know more about the Wednesday morning bird-walks with Fleur, then go to naturekenya.org. For more about the Swara Acacia Lodge, go to info@swaraacacia.com, or ring 0717- 062855.