With new restaurants and bars popping up every month, Nairobi’s food scene is diversifying rapidly. In recent years it has benefitted, in particular, from the arrival of a number of Latin American inspired restaurants such as Fonda NBO and Mercado, and East Asian restaurants such as Cheka and Pan Asian Yao. And now, as a real sign of this diversification, we have a restaurant that specialises in a unique blend of both Latin American and East Asian inspired cuisine. It’s called INTI, and it’s an exciting new addition to the capital’s dynamic culinary landscape.

Since the restaurant opened five months ago, INTI’s marketing team has flooded social media with photos of enticing, intricately presented dishes, which became very difficult for me to ignore. So, last weekend, my wife and I booked a table for dinner.

INTI is on the 21st floor of One Africa Place – the tall, cucumber-shaped glass building next to Delta Towers in Westlands. It’s a very smartly furnished place with Japanese-inspired décor. Red emperor maple leaves hang from beams above the tables, and a forest of bamboo stems dangle above the bar. In a way, the décor mirrored the blue and orange hues of the evening sky, visible through the glass dome that wraps around the restaurant. The tables are all tucked up against the glass, so the views of the city are fantastic.

‘The INTI experience’, their website explains, ‘centres around the finest Nikkei cuisine’. Nikkei is an unusual culinary mash-up of Japanese and Peruvian flavours, with origins that date back over 100 years. In 1889, nearly 7,000 Japanese miners and railroad workers, lured by the promise of jobs, travelled to Peru. Upon arrival, they began to prepare Japanese food with the Peruvian ingredients that were available to them, creating dishes that married Andean tubers, chillies and fresh seafood with the simplicity and precision of Japanese culinary techniques.

Over time, the rise of Nikkei helped to turn seafood into a Peruvian dietary staple. Before the Japanese started cooking with the bountiful seafood of the Peruvian coastline, scallops, eels, mussels and tuna were all largely considered undesirable, and were mostly used to feed dogs. So the Japanese have had a very rich gastronomic influence in the region. Nikkei has since grown into a dominant culinary force globally, although INTI claims to be the first restaurant to serve this unique cuisine in Africa.

Nikkei, incidentally, is also the word for the descendants of Japanese immigrants living around the world. And ‘Inti’ is a sun god, according to Inca mythology. I was intrigued by the menu at INTI, which includes four main sections: the Sushi Bar, the Robata (marinated skewers fired on a charcoal grill), the Wok and Tempura. As an appetiser we shared the Tofu Croquetas – ‘fried tofu balls served with refreshing Nikkei guacamole’. 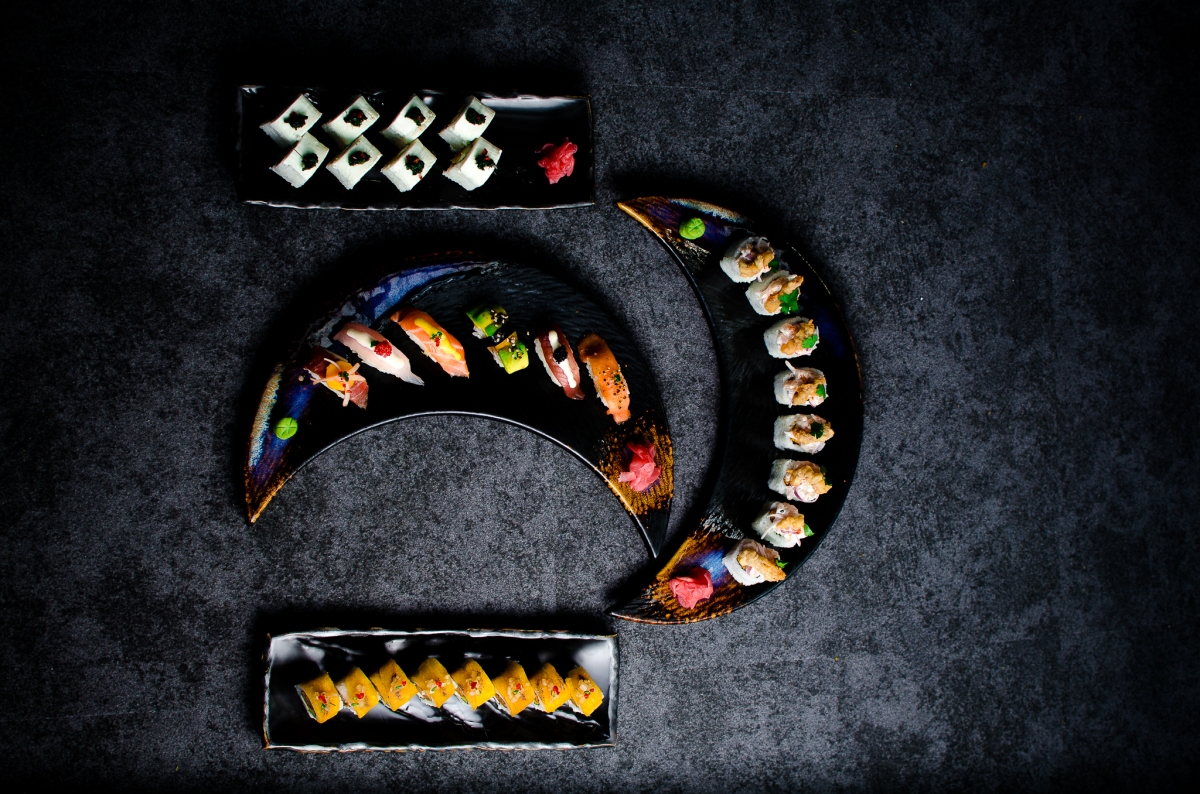 The prices are steep – most of the mains are above Ksh 1,400 – but the food is exceptional, and the plates are very skilfully and beautifully presented. They have a good cocktail menu, too, celebrating pisco, Peru’s national drink, or ‘tequila’s sexy cousin’, as they put it. My Peruvian signature cocktail was delicious – a blend of BarSol Pisco Acholado, melon liqueur, fresh pineapple juice, lime and coconut syrup.

So INTI is a very welcome newcomer to Nairobi’s burgeoning food scene.

For more information and reservations, head to www.thefoodlibrary.co.ke.