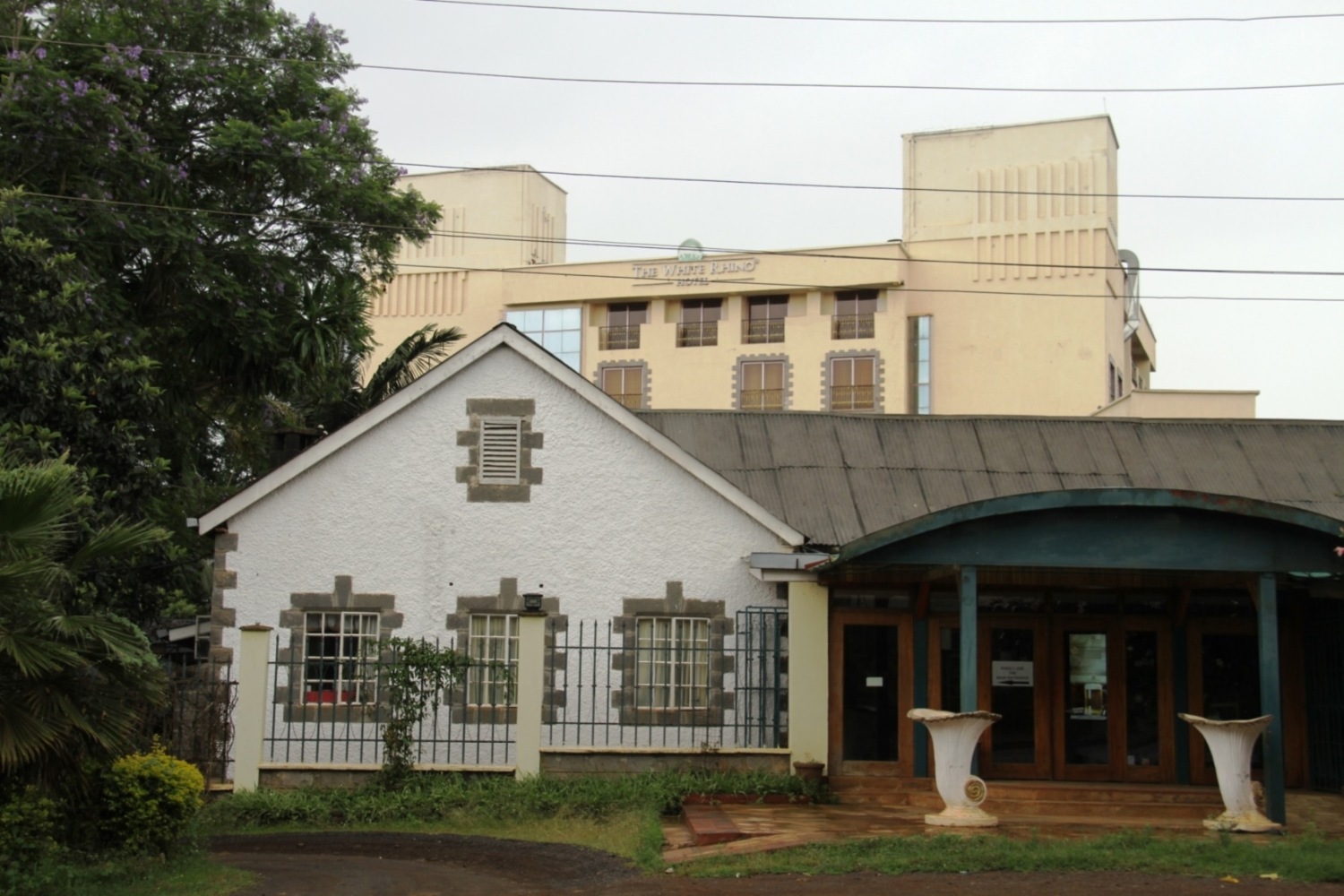 When someone asked Lord Baden-Powell, the founder of the Scout movement, why he had chosen Nyeri as the place for his retirement, he replied with a nice pun, ‘Because its nyeri to heaven’. When he died in 1941, he was buried there, in St Peter’s Cemetery. That was his decision, as was recorded in his will – rather than in the tomb that had been granted him at Westminster Abbey in London.

I was a Boy Scout, back in the days, and so I knew what the symbol on Baden-Powell’s grave meant when I saw it – a circle with a dot in the middle. In the ‘wide games’ we used to play, it was the symbol that signalled the end of the game – it meant, ‘I have gone home’.

I like Nyeri, this town set in the southern end of the broad wooded valley between Mount Kenya and the Aberdares. Whether Lord Baden-Powell would make the same ‘nyeri to heaven’ pun were he alive now, I’m not so sure. I wonder what he would make of this bustling, rumbustious and somewhat chaotic market town – that calls itself, so I am told, ‘the capital of Kikuyu-land’.

It used to be a small market town for European coffee growers in the surrounding hill farms and the ranches and wheat farms further north. For some time I have been meaning to check out one of their old settler hotels – the White Rhino, on the far bend of the Kenyatta Road. After breakfast a couple of Sundays ago I fancied a drive. So, even though it was raining – but gently so – I set off for a lunch at the White Rhino.

The rain got heavier. The drive along the dual carriageway was no fun. It’s always something of a fairground dodgems experience, with cars weaving across the lanes. In the rain it’s scary. What do the driving schools teach about motorway behaviour; do they ever talk about slow lanes and fast lanes? It was good to get away from the dual carriageway and into the green hills beyond the Embu turn-off.

And then it was Nyeri. I found it a much quieter place than I’ve ever experienced this lively town. But it was Sunday morning – and it was raining. There was plenty of room in the White Rhino car park. But there were more than a few people in the snug bar. But I felt like something warm inside, so I was pleased to see a smart and welcoming coffee bar. I settled into the soft cushions of an easy chair and asked for my cappuccino to come as hot as possible.

The coffee bar is called Café 1910. That is the year the White Rhino first opened – founded, the website tells us, by three European settlers, Berkely Cole, Lord Cranworth and Sandy Herd. The story is that a white rhino had been recently shot on the site.

The new accommodation block rises behind and above the old building. Its 23 Deluxe and 65 Superior rooms are clean cut, decorated in earth tones of brown and orange, and having the usual amenities for convenience and comfort.

But I’m glad that the old White Rhino building has been retained. It rambles like other settler town hotels, such as the Blue Posts in Thika or La Belle Inn in Naivasha. I decided to take my lunch on its terrace. It has a cosmopolitan menu, with English roasts, Indonesian stir fries, Italian noodles and African tubers. I kept my choice simple, with a chicken breast, French fries, and a pleasant white wine.

The printed menu has a nice quotation from Oscar Wilde: ‘After a good dinner one can forgiver anyone, even one’s own relatives’. My meal was lunch, not dinner – but I was able to forgive even the rain.