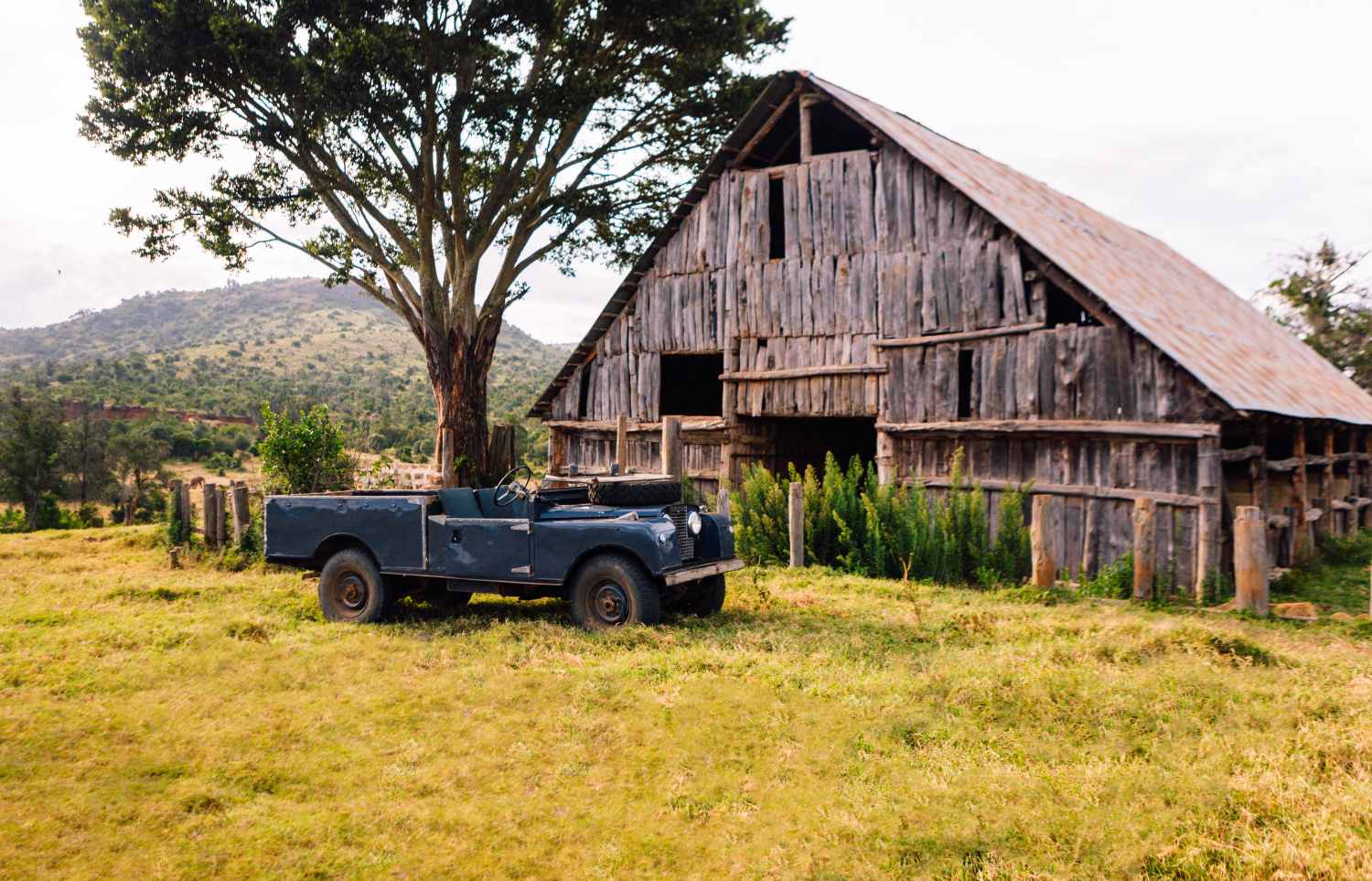 For those that have followed this column for years, you will no doubt have picked up on the Fox family’s fondness for Land Rovers. In fact, I believe all of us have mentioned them, such as the escapades of “Mzee” the old Range Rover or the Defender that tried to take off John, my dad’s, finger a few weeks ago.

I’ll admit, that as a tour operator, I have gone to the ‘dark side’ and now use Toyotas. There are many reasons for this and while I might joke about stereotypical Landy unreliability, I don’t really believe it. With the demise of the original Defender, the industry has become homogenous, except for a few stubborn operators. With care and attention, perhaps the Land Rovers can be kept running for eternity. Which brings me on to Ed.

I’d interacted with Ed Hough a few times, usually over beers at J’s or as a token member of a WhatsApp group that masqueraded as a means to organise cricket matches. I vividly remember passing him once on Bogani Road, his tall frame towering behind the wheel of a topless Series I Land Rover. I was in my air-conditioned Hilux, and I was envious.

A year later, I heard that Ed and his wife, Moon, had set up a safari experience centered around a fleet of these legendary cars. Based in the Lolldaiga hills, just north of Nanyuki, they offer guests the opportunity to take these vehicles on adventures perfectly suited to their original design.

The Lolldaiga Ranch has to be one of the prettiest properties in Kenya. At 49,000 acres, it encompasses dramatic rocky ridges and outcrops that overlook sweeping valleys. The eastern section is higher in elevation and features some of the densest Cedar and Olive forests in Laikipia. Down below, to the west, acacia woodland and grassy plains make for a stunning contrast. While the property is still an active livestock ranch, wildlife numbers are healthy and everything you can expect from the region is here, except rhino. It’s an easy drive from Nairobi too, within an hour from Nanyuki, reachable in a saloon car.

Ed and Moon’s camp is one of few accommodation options for those not willing to self-camp. Originally mobile, in that it was set up and taken down for each safari, they have now set roots in a carefully chosen spot. Without any concrete, they have built tent sites that allow for flushing toilets and views down to a waterhole that attracts various animals.

Their large ‘mess-tent’ is the focal point, with a dining and lounge area, hooked up to a solar system for charging lights and guest electronics. I noticed many coffee table books and magazines with a distinct Land Rover theme. The healthy and hearty food is mostly sourced from the local communities, who must be glad to see a Landy turn up on resupply day.

Each guest tent comes with all you would ever need – tall beds with warm duvets and hot water bottles for the chilly nights, solar lights to read with and a large outdoor shower.

They’re calling the concept, the “Safari Series”, which beyond the Land Rover aspect, is ultimately about flexibility and adventure. Beyond the traditional game drives (in specially converted Land Rovers, of course), they offer ranger-led walks, night-drives, fly-camping and are always keen to go exploring for rock-art or new sundowner spots. If you want, you can do most of this by driving your own Series Landy in convoy. How’s that for social distancing?

If you would like to find out more, check out their website, www. safari-series.com, or contact them on 0738 340783 or safaris@safari-series.com. Their current resident rates are Ksh 18,000 per adult sharing per night, inclusive of house alcoholic beverages (Ksh 15,000 without the booze). Lolldaiga conservation fees are Ksh 2,000.