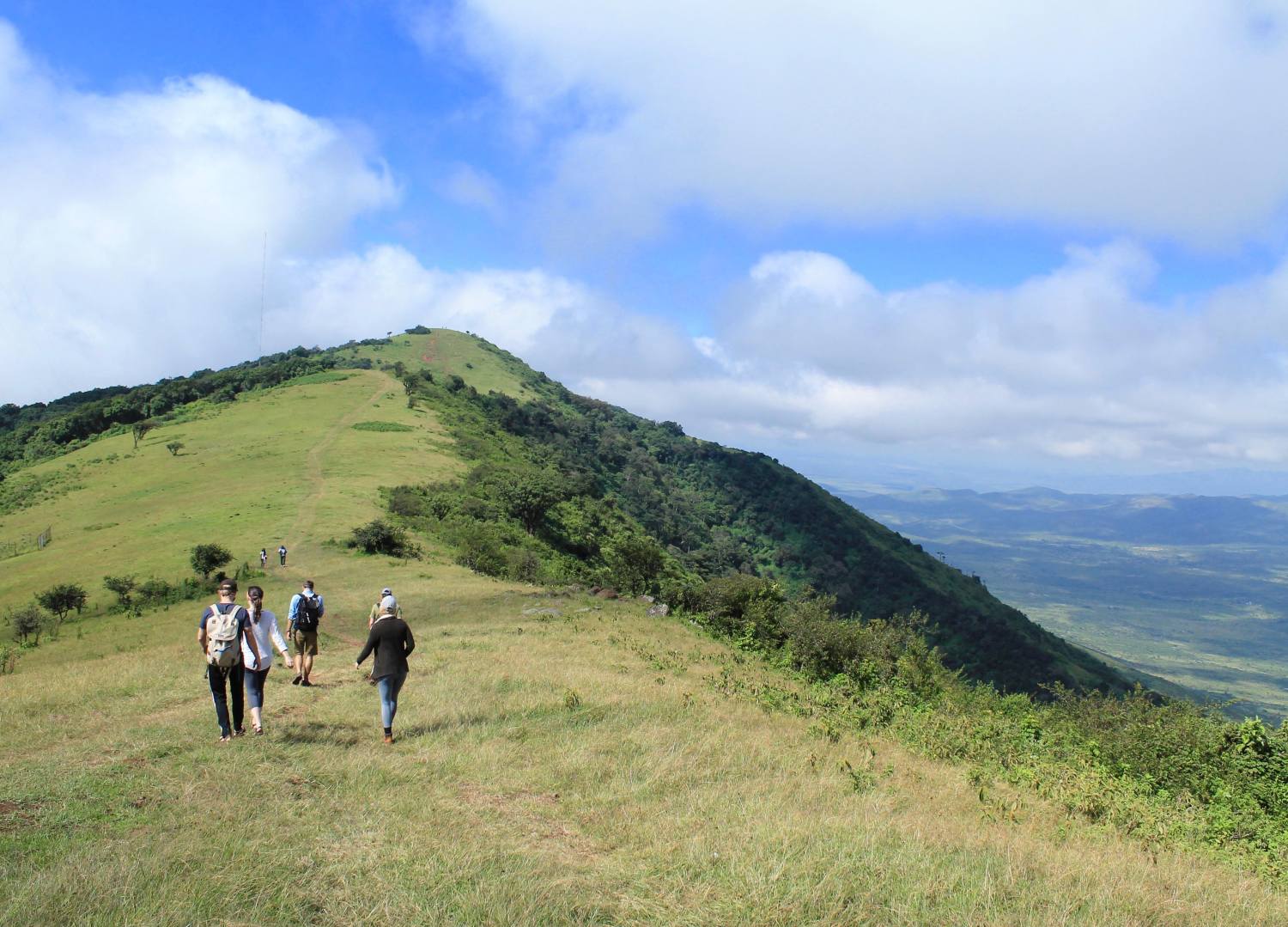 For years my wife has been urging me to hike the Ngong Hills with her. When she first came to Nairobi in 2013, she had read that it was one of the city’s top tourist attractions. But I was always reluctant to do it, convinced that it was unsafe by tales of hikers being ambushed by thugs and stripped of their belongings. I was in no position to judge, really, having not been up there myself for over a decade.

With little else to do, and a growing urge to be outdoors, I finally gave in and went for a hike in the hills last Sunday. We left early to beat the traffic, and to navigate the hectic streets of Ngong Town. Inevitably, we took a wrong turn up a narrow dirt track towards the KenGen Power Station, unintentionally bypassing the main gate. We then spotted a couple of KFS rangers, stopping anyone from trying to sneak in for free.

We parked beneath one of the wind turbines and waited for our friends to arrive. From a distance, the turbines are a bit of an eyesore – disrupting the smooth curves of the ‘knuckles’ – but up close they’re actually quite impressive, in an imposing sort of way.

After a few minutes a saloon car arrived, its tinted windows shuddering from the bass of Sauti Sol’s Suzanna. Two couples emerged, whiskies in hand, and headed to the edge of the car park to enjoy the view of the Rift Valley. At 9am, I thought it was a bit early for a boozy double date, but why not?

It seemed that there were three distinctive categories of people on the hills that morning. At one end of the spectrum were those who parked their cars in the open spaces beneath the wind turbines to have a picnic and appreciate the views. At the other end were those in full ‘activewear’ who fancied more of a challenge and jogged up the peaks. I admired their effort on a Sunday morning, especially that of a young lady who passed us on the trail at a quick pace in a wheelchair. Lastly, and by far the largest group, were the casual hikers, strolling up a couple of peaks without breaking too much of a sweat.

We fell into this latter category, ambling up and down the first few knuckles at an easy pace. It was great to see so many people enjoying the hills, and families with young children, too. Although it was busy, everyone was spread out along the main trail, so it never felt congested.

It was a clear morning, so the views on either side were fantastic. To the west we looked out into the Rift Valley, stretching down to Mount Olorgesailie. In the east it was more built-up, and across Nairobi National Park I could just make out the hazy silhouettes of the city’s skyscrapers.

Even though we didn’t make it as far as the denser forested section of the trail, we spotted plenty of interesting wildlife along the way. From the top of one of the peaks, we saw a troop of colobus monkeys springing between branches on the slopes. And on the way back, an augur buzzard caught a large locust in mid-air, before deciding it didn’t fancy it and sending it spiralling to the ground.

So I’ve changed my opinion of the Ngong Hills. Had we hiked it in 2013 as my wife had suggested, it would have been a great orientation for her to the city’s landscape, and to the stunning views of the Rift Valley. But now is a good time to go, too, whether it’s for a workout, a picnic or some much-needed fresh air.